What are deepfakes and how can they change our use of technology? 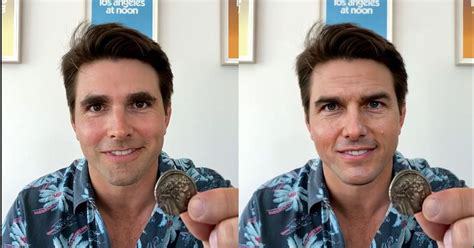 In the modern era, technology is a tool that is becoming more accessible to the world. This rapid increase is seen as a positive progression to the future. However, people tend to forget the darkness that technology could create, especially how technologically advanced our society has become over the last several years. Deepfakes are a part of that dark hole.

Deepfakes are an artificial production, also known as synthetic media, in which any person that has access to the Internet can take a picture or a video and change it with someone else’s appearance. Audios could also be manipulated into a deepfake. The start of deepfakes happened in 2017 posted by a Reddit user and over time, the production of deepfakes was staggering.

According to Sample, a Guardian writer said, “Have you seen Barack Obama call Donald Trump a “complete dipshit”, or Mark Zuckerberg brag about having “total control of billions of people’s stolen data.”

“The AI firm Deeptrace found 15,000 deepfake videos online in September 2019, a near doubling over nine months,” Sample further explains. Not only are deepfake videos affecting politicians and celebrities, but it’s a way to weaponize technology against women. Deepfakes have now become a gendered security issue and research has shown that deepfakes are related to image-based sexual violence. This is also known as “sexual photoshopping,” where the majority of victims are women. This causes detrimental effects on women throughout the world, such as not being able to finish their education, being ostracized from their community, and the list goes on.

Deepfakes are made through an Al algorithm called an encoder. Sample reveals that an encoder “finds and learns similarities between the two faces, and reduces them to their shared common features, compressing the images in the process”. After this, a decoder, a second Al algorithm, is used. The decoder “is then taught to recover the faces from the compressed images,” he said.

This decoder algorithm is used to translate and recover the first person’s face and repeat the process to the second face. “To perform the face swap, you simply feed encoded images into the “wrong” decoder,” Sample said.

A common question that online users want to know is how to differentiate between a real video and a deepfake. According to Sample, “In 2018, US researchers discovered that deepfake faces don’t blink normally.” Other things to notice are bad quality, skin tone patchiness, and so on. Another question that users would want to know is how to stop the deepfakes, and ironically, Sample explains that “AI may be the answer.”

Overall, researchers are experiencing difficulty in detecting these deepfake technologies because they’re rapidly evolving and it’s getting harder to depict what’s real and what’s fake. But to online users, practice basic Internet safety so that you and your loved ones are not victims of deepfakes, scams, and other sorts. The best way to fight this off is to become educated.