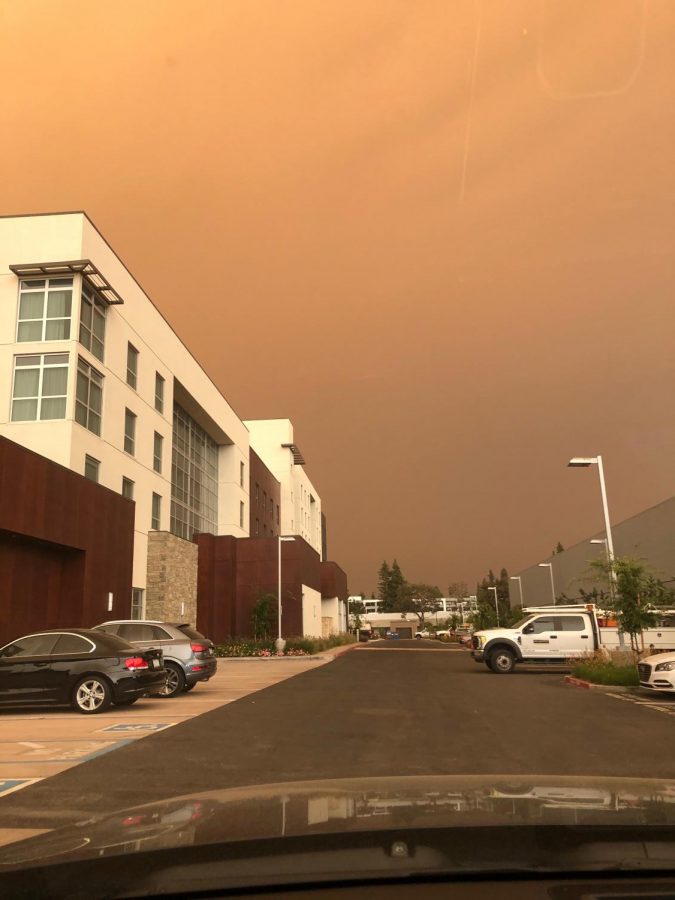 2020 has been a rough year in a lot of ways. There’s been the social unrest around police brutality, the fires in Australia, murder hornets, and of course, the Covid-19 pandemic. The year 2020 seemed cursed, so when three massive wildfires ripped through the west coast this August and more followed, it was easy to label the natural disasters as yet another product of this doomed new decade. While I thoroughly enjoy joking about how awful this year has been, we cannot afford to continue ignoring what’s really behind these fires: climate change. 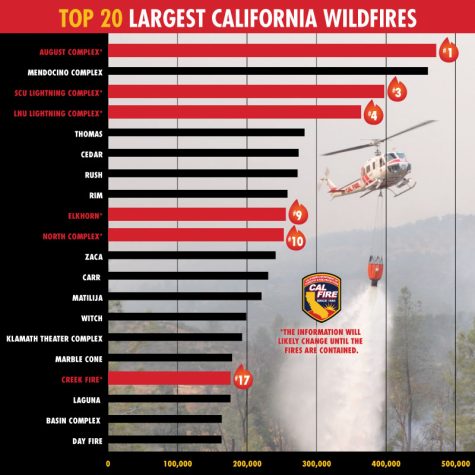 This year’s wildfire season has been the worst in California history. Over 4.2 million acres of land has gone up in flames, and six of the top 20 largest wildfires have occurred this year, with the August Complex fire taking #1 at over 1 million acres burned. That’s an area larger than the entire state of Delaware. These fires caused over $1.8 billion in damages and burned 9,247 buildings, including homes, wineries, businesses, and damaging a summer camp I and many friends hold close to our hearts. These fires created an eerie orange haze that hung over California for days, and smoke reached as far away as the east coast. This may seem like the worst of the worst, but California’s fire seasons have grown significantly over the past 40 years and will continue to grow if we fail to take action.

Climate change continues to be swept under the rug while other reasons are presented by political figures. President Donald Trump suggested that forest management is a more closely-linked cause of these fires.

“Maybe we’re just going to have to have them pay for it because they don’t listen to us. We say you’ve got to get rid of the leaves, you’ve got to get rid of the debris, you got to get rid of the fallen trees,” Trump said. He was referring to a statement he made while visiting the aftermath of the 2018 Camp Fire, the most deadly wildfire in California’s history. He said that he had talked with the president of Finland about cleaning the forest floor and raking leaves as wildfire prevention methods. “Hopefully this is going to be the last of these, because this was a really, really bad one,” he said. Clearly it wasn’t the last.

I have a hypothetical question for Trump. If California’s forest management has always been bad, why have our fire seasons gotten worse and worse over the years? There has to be some driving force behind the progression, right? Oh, yeah. It’s climate change. Drier weather, higher temperatures, and stronger winds all add to the severity of wildfires, and all of those are products of climate change.

Other forms of forest management like controlled burns (which are far more complicated than raking leaves) will help with the severity of our wildfires. However, we won’t be out of the woods until we curb the progression of our droughts and heat waves, which turn forests into tinderboxes, and strengthening winds, which can carry embers up to a mile. We can’t keep sitting back and placing the blame on curses and poor gardening tactics. If we keep ignoring the science and the Native Americans who have known how to take care of this land longer than anyone else, we will pass the point of no return. We need real forest management and real, drastic climate change action now.