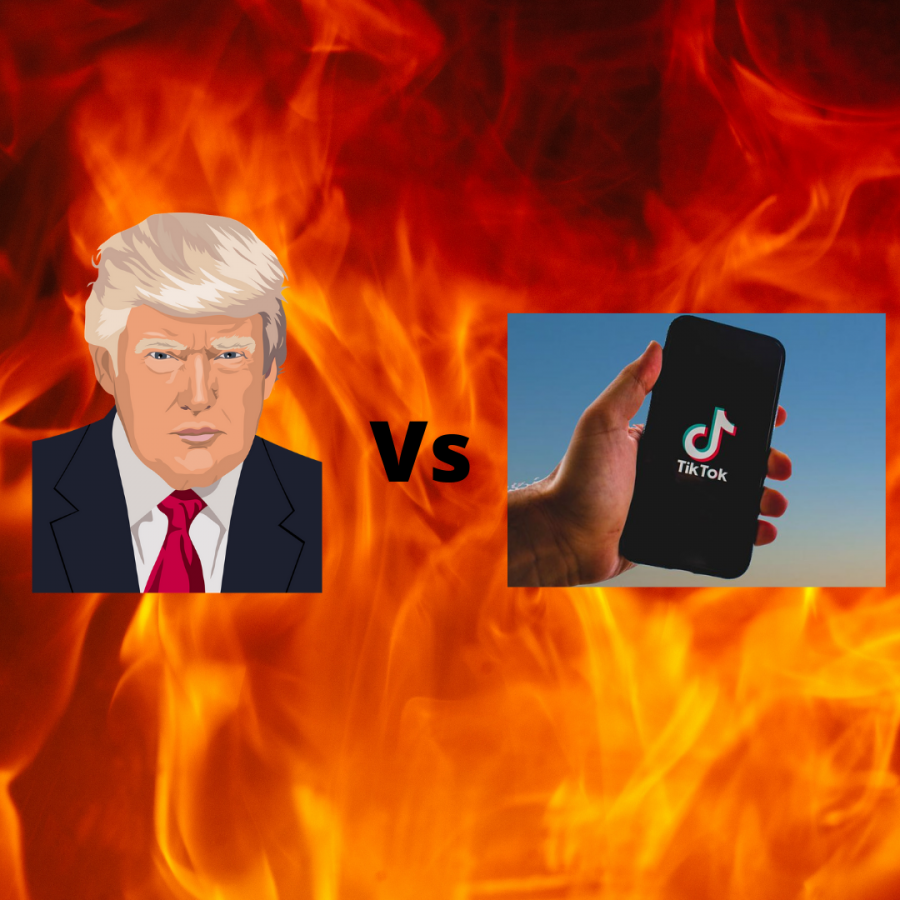 On August 1st, millions of users on the popular social media app TikTok were worried that the app would disappear forever. After President Donald Trump threatened to ban the app, users went in a frenzy, moving to other social media apps like Twitter and Snapchat to complain or cry about this huge action. Even popular TikTok “celebrities” joined Triller, another app similar to TikTok, just in case the app really got banned in the US.

So what caused our President to want to ban this seemingly harmless app?

Many users theorized about this question and came to various conclusions. One being his failed rally in Tulsa after a user posted about reserving seats, when in reality they wouldn’t be going. The video went viral, with users commenting that they did the same. That night at his rally, Trump was faced with only ⅓ of his expected audience.

After his long, sad walk home, a picture of the President went viral because of how disappointed and unhappy he looked.

This can easily be a reason for why Trump wants TikTok banned. It’s easy for his non-supporters to rally against him and create plans to sabotage his events.

Another reason is that Trump believes that the app needs to be banned because of “possible security threats.” There’s a lot of controversy surrounding the US and China, which is where the app originated and operates out of. Trump believes the data and security of American users’ privacy is at risk due to the fact that the company is Chinese owned.

Although some users have made videos stating that this is untrue and that the data centers for the app are on US soil, there has been no word from Trump or his administration regarding this information. In addition, there has been word that Microsoft is in the works of purchasing TikTok, which made many hopeful for TikTok’s future.

Many believe that Trump wanting to ban the app is a retaliation tactic, and not so much because of so-called security threats. Recently, though, it seems as those people have been proven wrong due to Trump agreeing to a deal where both Oracle and Walmart will be partnering with TikTok in the states. The app’s parent company ByteDance would still own 80% of TikTok. Walmart purchased 7.5% stake in the company and CEO Doug McMillon will serve as one of five board members a part of this deal. In addition, Oracle will act as secure cloud storage for user data and privacy, and purchased 12.5% stake in the company.

For now, it seems like the app is here to stay. TikTok’s future in the US is shaky and uncertain, but for now let’s make the most of it!