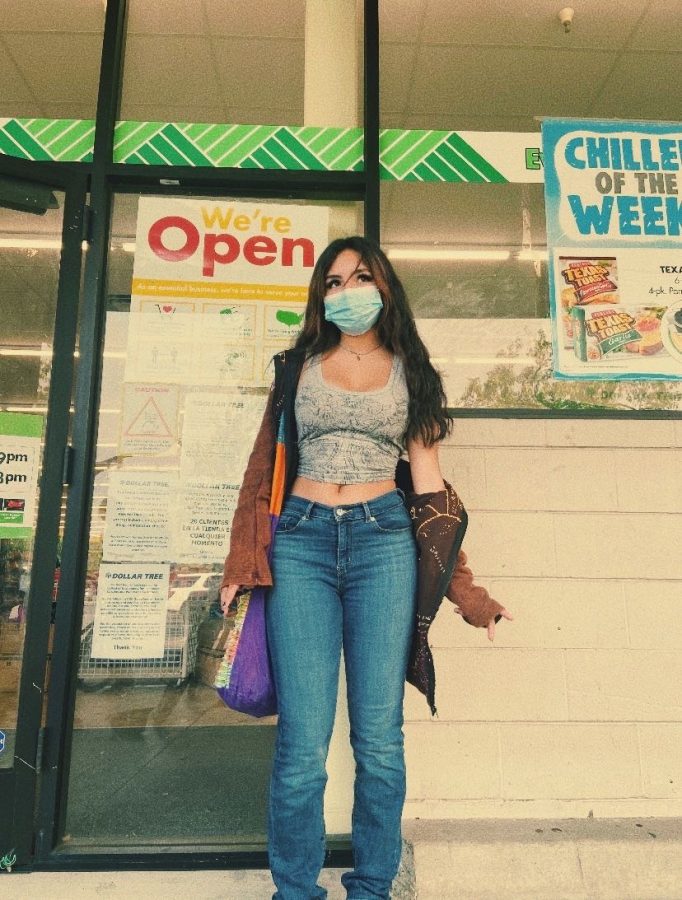 Sophomore Sarah Cifuntes started uploading videos on TikTok in the summer of 2019 because she wanted to share her lifestyle. “I just loved being myself and having fun with my friends, and I feel like nobody could judge me on the app,” Cifuentes said.

Sarah hasn’t received any negative comments regarding her appearance or body, but she’s received negative comments that could hurt other people. “I received a comment once where a person commented he was homophobic and he was proud which actually sparked a lot of attention,” Cifuentes explained. Sarah understands that certain comments could hurt many people, and she understands the responsibilities of being a creator.

In November 2019, Sarah released a TikTok on her dress for homecoming, which earned her 600k views. Once she gained enough views, her confidence increased, and she started making videos that gave a glimpse of who she was as a person.

“I purchase most of my clothes from thrift stores, and I love rap music with some of my favorite artists being Playboi Carti and D Savage,” Cifuentes said.

Her username “s4r4tonin” is supposed to symbolize the chemical serotonin, which is a key hormone that stabilizes our mood and gives us a sense of happiness. “My name and my username sound very similar, and I just think it’s very catchy since many people always say they need serotonin,” Cifuentes said.

She uses TikTok about 5 hours a day, and it’s her “escape” from reality.

Sarah currently has 58k followers, and her goal is to have at least 100k followers. “Honestly, gaining more followers isn’t my top priority, but it would be nice if I’m at a point where I could promote music and clothing,” Cifuentes said.

As a young influencer, she’s been paid several times. “When I go live on TikTok, I receive these gifts where viewers pay me five to ten dollars,” Cifuentes said. She’s reached the requirements for the Creator Fund, where members get paid for video views, but she’s still unsure if she wants to do it.

“I’m supposed to be over 18, but I honestly feel like I could still do it since many other underaged creators are getting paid,” Cifuentes said.

Gaining popularity on the app definitely changed her attitude. Previously, she would compare herself to many other girls, resulting in her feeling insecure. “Recently I’ve been more confident with myself, and I spread positivity through answering people’s comments.” Many of Sarah’s viewers want to be like her, but Sarah always promotes self-love, and she believes that she’s helped many people who’ve been demoralized in life.

“Just be yourself and don’t be scared to post things, and realize that things aren’t always going to be perfect because you’re going to get hate, but that shouldn’t bother you as a person,” she said.