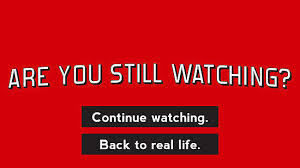 Battle of the Binge 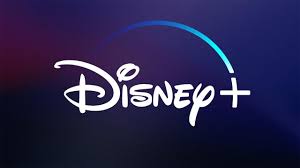 Lots of buzz surrounded the launch of Disney’s new streaming service, Disney+. Within two months, it has gained over 28.6 million users across the world. Many eager viewers are (not-so) patiently awaiting the release of more Disney + originals after the successful debut of The Mandalorian and High School Musical: The Musical: The Series.

Let’s face it, lots of people love to relive their childhood. You can bring back old memories in lots of ways, one being watching old shows or movies. Nostalgia is comforting and many watchers rely on it as a stress reliever.

As obsessed as teenagers are with our phones, it’s because many of us use it as a coping mechanism for pent-up stress and worries. Disney+ gives us nostalgia and brings joy, along with other benefits and that is why it’s better than Netflix.

With many options between different franchises and universes, Disney+ includes amazing resolution alongside their titles. Netflix charges an additional upgrade fee to sustain good quality while watching. This fee turns Netflix into a $15.99 charge per month, making it $9 more than Disney+. Even if $9 might not seem like a lot, that’s $108 a year you could be saving by using Disney Plus instead of Netflix”

Sophomore Megan Graham is an avid Disney+ viewer who watches for the nostalgia factor. “[I] like re-watching the shows from my childhood,” Graham said. “It was really fun, and it’s fun now…I watched Good Luck Charlie. And I’m in the process of binging Phineas and Ferb.”

Ever tried to watch one of your favorite shows on Netflix but two people on your account were already watching? With Disney+, four watchers can stream at once, and each account can have seven profiles. You’ll never have to worry about not being able to watch when you want. Also with the download offline feature, you can watch any of your favorite Disney+ throwbacks or originals, where and whenever you want. 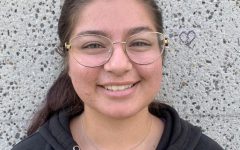 Celeste Casella is a 10th grade journalist at Gunderson High School. This is her first year on The Paw Print staff. She grew up in Hollister, Ca and moved... 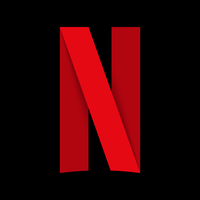 Everyone loves an online provider that gives them a great variety of shows and movies they can watch when they’ve finished their homework in GLC or have a free period and need something to pass the time.

With a 4.2 star rating, Netflix is that streaming service to use to relax and watch new or old shows that you haven’t seen in a while and want to binge-watch. There is so much variety and there is always at least one movie or show that interests you.

One of the things that’s great about Netflix is that it is so convenient to access. You can have it on your phone, computer, and T.V.

“It’s like, easy to just have around in case you’re bored or have nothing to do”, freshman Katie Lee said.

Whether you’re traveling or are sitting on the couch very displeased by the guide, you can turn on a Netflix show or movie.

Something else that is great about Netflix is the variety it has. Disney+ only has Disney and Marvel, which is not every show or movie out there. Netflix can give you Disney, Nickolodeon, Freeform, and so much more. They have so many genres of movies, so you know you’ll be able to find something for whatever mood you’re in.

“…there’s like a lot of different things, and from different people. So you’re just going to get a really big variety of shows and movies,” Lee said.

Although Netflix has a wide variety of shows, Disney+ brings back some of the memories that have been hidden for a while.

Even though Disney+ helps you remember your childhood, Netflix makes its own movies as well as a variety of shows and movies. This can be very convenient if you want to watch something new.

I prefer Netflix because the only thing I watch on Disney+ is the Mandalorian,” senior Jordan Hankoff said. “I made my dad buy it and I don’t even use it anymore.” 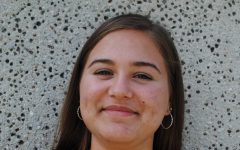 Marley Romero is a sophomore at Gunderson High School, and this is her second year on the PawPrint. She enjoys hanging out with her friends when she...