The Amazon Rainforests and Social Media 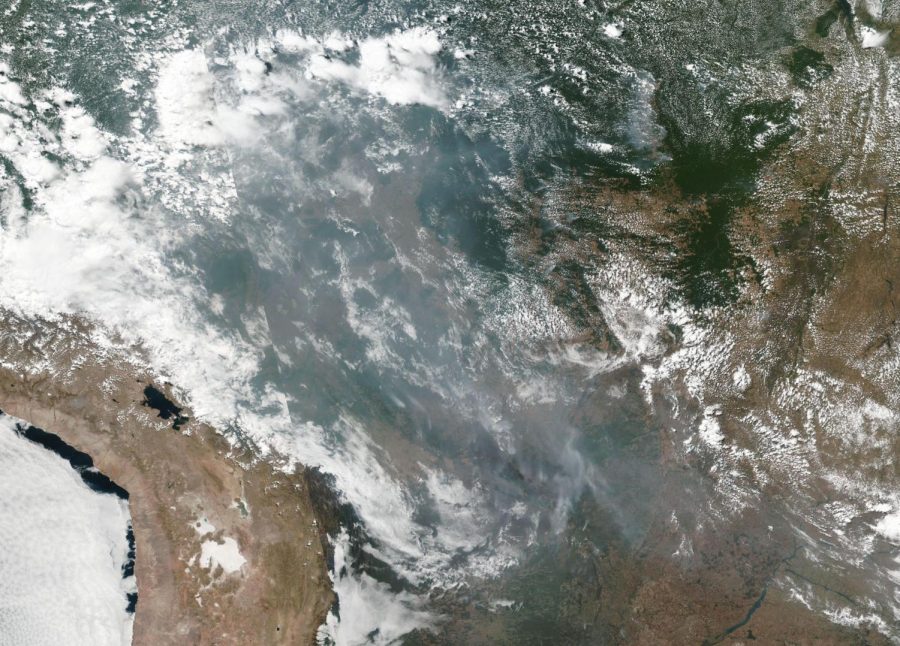 From Wikimedia commons, the smoke from wildfires burning in the Amazon basin on August 20, 2019, taken by the Suomi NPP using the VIIRS (Visible Infrared Imaging Radiometer Suite)

Fires in the Amazon Rainforests are a yearly occurrence where fires are most likely to happen in the “dry season,” from July to October.

However, this year has had the most forest fires in the Amazon Rainforest since 2010. This is a massive increase in the annual number of fires. On the 19th of August, smoke from the Amazon covered the city of Sao Paulo in Brazil. The difference between this year and previous years, many sources say, is slash-and-burn agricultural techniques. By clearing forests and burning the dry foliage, farmers can grow more soybeans and produce more beef.

Concerns have been expressed about a variety of topics: the Amazon’s benefits to the environment, the lifestyles of the indigenous people being destroyed, unique species at risk of becoming endangered, and the ethics of the agricultural techniques credited for August’s fires.

For social media users, a number of public figures have helped spread awareness of the forest fires by Tweets, and some groups created informational videos as well. But it feels like it’s been forgotten recently, even though the forest fires are still going on.

I think for many of us have come across similar stories in the news, wondered what we can do to help, and either forgot, stopped following the issue, or simply keep it in the back of our heads. And yes, with the constant flow of negative headlines (and social media hot takes), we also have to keep our mental health in mind. I’d advise you to filter out any news on personal, sensitive topics or news that will have a purely negative impact on your mental health, especially considering the recent World Mental Health Day. Then, maybe we can focus on events happening in the world that can be changed.

We should all consider this question: what are the consequences of forgetting about environmental news?